2020: Several accessories are attached to my bag. (Batteries & Memcards)
New wristband (easier to put on) Also: Wrapped my cam & lens in Camo 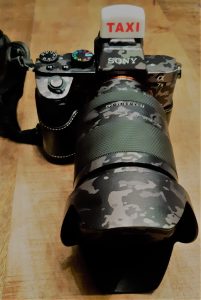 2019: Several accessories are attached to my bag,
I’m still losing the eyecups from the Sony Alpha

2018: Several accessories are attached to my bag like batteries, a sandbag to stabalize, eyecups (I still keep losing them) and wristsbands.

May 2017, A new Panasonic Lumix TZ-80
My former pocketcam (Lumix TZ-40) was dead-finished-broken, so I had to replace it with another small but powerfull beauty, the Lumix TZ-80. 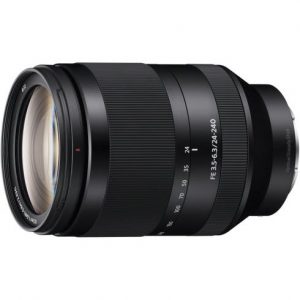 December 2015, The Sony Alpha A7 II
This Sony full-frame Systemcamera, still with the kitlens 28-70 OSS, is so nice!
I’m saving money for a new lens but this one but for now it will do.
A lot of programbuttons at the body and 5-axis stabilisation.
Also a new -pocketsize- flashlight, also Sony, a monopod, 2 extra accu’s and a 2 new shoulderbags (Rollei & Tenba).
I’m going to use the Sony Flash HVL-F58AM at this camera too for portraitseries. 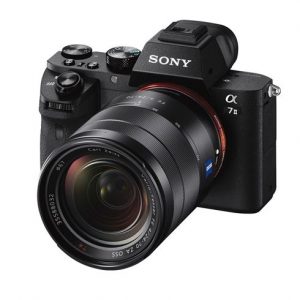 Specs: Click here for more information about this camera

Since you’re not allowed to take DSLR’s to any concert I had to buy an ‘instant’ camera 🙂 for these events.
The ‘old Olympus SP-590-UZ’ died far to early unfortunally…

——————–
October 2010: New Compact Cam.
I’ve replaced my Panasonic DC-TZ6 Lumix for a Panasonic DMC-TMZ8 Lumix compact cam with 12 x optical zoom (14.2 MPix), He is almost equal and with the same specs for the DMC-TZ6.
——————–
July 2009: EXTRA Compact Cam.
I have a Panasonic DMC-TZ6 Lumix compact camera with 12 x optical zoom (10.1 MPix) now. This camera is so small (and good) I can take it with me to concerts and other places where my Sony DLSR is not allowed! It’s a handy and quick starting compact camera, not a professional one… I tried a Canon compact cam with almost the same specs before I bought this one but I didn’t like it so I returned it and got this one.
This one is with a 25 mm wide angel lens, also good for close-up and portrait.
Photo-quality and colors are excellent, even this is a compact cam!
Price vs. Quality = A-level!

My first cam for Photodam:
I still got this one in my collection, I just can’t say ‘goodbye’…. 😉